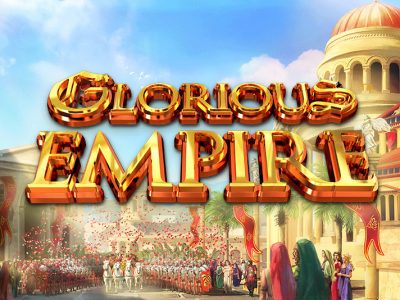 Rating:
The Glorious Empire Slot casino game was released in late 2016. It was created by one of the biggest names in the casino game industry Next Gen. This newer slot has a Roman mythological theme to it and includes all of the graphics that go with the theme. With wilds, free rounds, and even fantastic wins with scatters this game could become a new casino hit in no time.

The minimum amount a player may bet on the Glorious Empire Slot casino game is .01 credit. The maximum bet is 10.00, which could raise the bet quickly when betting on all of the lines that cross the five reels. When a player chooses to place the max bet, it will automatically allow all 40 lines in the game to become active ones.

Free spins are given to players in 7, 10, or 15 amounts when they have three or more scatters appear on active pay lines. The free games can be re-triggered if any are won during the initial free spins. 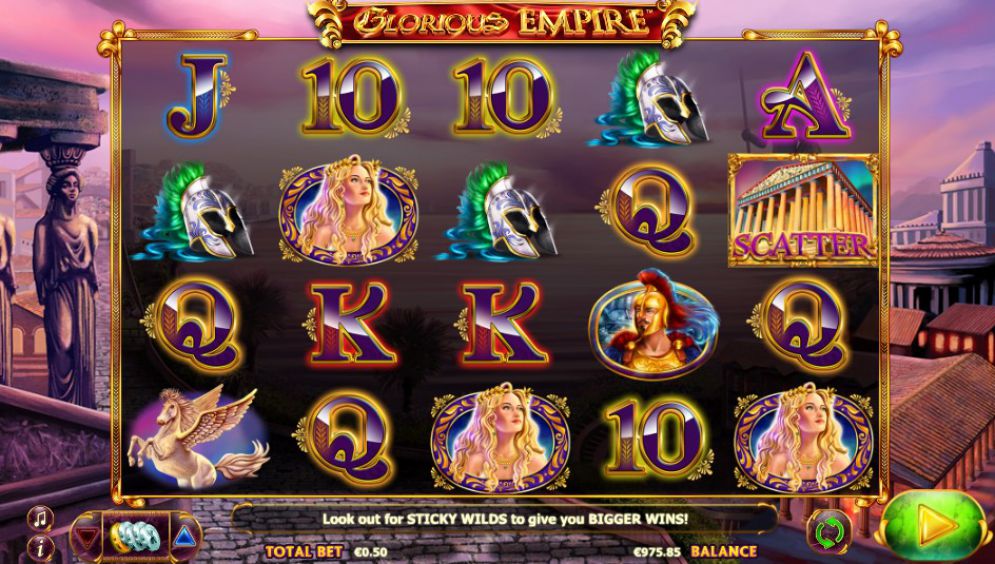 The scatter symbol is that of a golden Colosseum. When players spin five scatters in one round, and they land on lines which are active the player will win 4000 times the bet they placed. To win anything from a scatter symbol, they must land on at least 3 active lines.

The wild symbol for the Glorious Empire Slot casino game is a golden lion head that is centred on crossed swords. While spinning in free rounds, the wild card is held to increase chances of winning. The Wild will take the place of all symbols except for the scatter. If a player has 5 scatters land on active lines they could win 250 times the bet that they placed for the round. To win anything from a scatter symbol, the player will need to spin at least 2 of them and have them land on active pay lines.

Other symbols of interest in the Glorious Empire Slot casino game include a Roman woman, a Roman gladiator, and the flying Pegasus. These symbols pay the most when a player spins 3 or more in a round. The Roman woman symbol pays the highest and only requires two of them to land on active pay lines. If a player has 5 Roman women symbols land on active pay lines, they will win 200 times the amount bet for the round. Other symbols in the game include a chariot with a golden ram head on the back and a gladiator helmet. The ever popular A, K, Q, J, and ten also appear on the reels and could lead to some cash if players spin 3 or more of them in one round.

A side game may be played during gameplay with a win. Above the play button, another button that contains a club symbol and heart symbol appear highlighted, and the word gamble will appear. When a player presses this button another screen will open. On this screen the player can place a guess of black or red on the cards. They may also guess which suit will appear in the center of the screen. If the player guesses correctly they can take that win or they may make another guess. This side game will keep going until the player guesses wrong or they take the win.

The Glorious Empire Slot casino game is elegant in appearance as far as the graphics. It is a simple little slot with the addition on of bonus perks like the scatter and free rounds that can be won during play. The game does lack any eature bonus round, but it does not take away from the fun of the game. The highest paying win a player can win is with the scatters.